Kerry Davis is the founder of Dark Angel Medical, the industry leader in the field of tactical medicine, gear and training. He is by far the most respected person in the business as it relates to everyday carry and tactical medical. 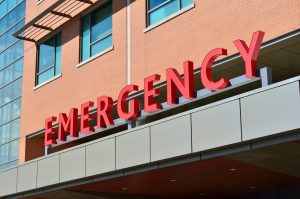 However, as an everyday citizen who carries, you never know when you will be in the position where you need to help save a life of someone involved in a violent incident or, a serious car accident.

While you’re probably not likely to get into a massive shoot out, you could very well find yourself in a situation where you have to deal with a traumatic incident.

If you were to have a traumatic incident unfold in front of you, while driving down the highway, or you’re involved in a crash or you see one, or you have a loved one or a family member who gets severely hurt, you need that preparedness to help save their life, to stop the bleeding and ensure they are breathing properly.

When talking about emergency preparedness, if you could only have one kit with you as it relates to everyday carry, that would include the gun, a flashlight, the magazine, and spare ammo.

The thing is, some don’t think about carrying medical supplies. So we asked Kerry, if you could only choose to carry one piece of medical equipment to have with you in a “med kit,” and you only get one choice, what would it be? Kerry recommends that one thing be a CAT Gen 7 Tourniquet.

A Tourniquet Can Save a Life

It’s estimated that over 33,000 people a year die from a massive hemorrhage that could’ve been treated with some sort of bleeding control. The majority of those are extremity injuries, which is why you want to be able to mitigate that blood loss with a tourniquet.

After protecting yourself by putting your gloves on, grab your go-to tourniquet and apply force at the rupture point to stop the blood loss. Our president Adam Painchaud has had personal saves with Kerry’s D.A.R.K. Kit, which he’s had on his police belt and teaching belt since we’ve known Kerry.

Kerry Davis also shared another preparedness tip that can save more lives when you have it in your med kit. Have a hemostatic agent like QuikClot Combat gauze. Then use a pressure bandage to hold it in place, and it controls the blood loss. The last tip Kerry shared was to train in tac med, and train often. Just like shooting, if you don’t use it you lose it.