Out-of-State Firearms License "May Issue" vs. "Shall Issue"

Are there any secrets or tricks or tips if you’re trying to get your out of state license or non-resident permit? Are there any national things you need to say, or is every state different?

Well, we know Massachusetts looks at it a little differently than California, for example. So what are the best practices to try to get an out-of-state license in some of these states? 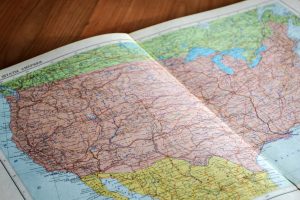 Well, each state is different. There are a number of states that give out a non-resident permit like they could give out speeding tickets on the Indy 500. They just want the money and you really don’t have to worry too much about being coy when you go through the process.

The scenario would depend upon the state. There are some out-of-state permits that are very tough to get, even though the state can issue them. Sometime, by law they’re allowed to issue them, but in reality, generally speaking, very few ever get issued.

Then there are other states that say… “yeah, you want an out-of-state permit? Come on down. No problem, just stop in and we’ll take care of you.”

It also depends on the politics of the state. Basically, you have two different kinds of states out there. Some can almost become hybrids, but generally they either fall under the ‘may issue’ category or the ‘shall issue’ category.

‘May issue’ is when the language of that particular state’s carry law is discretionary. Basically, it says the sheriff or the issuing authority may issue a license if the applicant fulfills these criteria and the sheriff feels that the person has a good and proper reason to carry.

When it says something like, “feels he has a good and proper reason to carry,” that’s subjective. The Sheriff might say “I don’t care what you tell me. I don’t think you have a good reason to carry.” If the statute says ‘may issue’ it means he doesn’t have to grant you a permit.

When a state has ‘shall issue’ language in their law, what it says is the issuing authority shall issue if the applicant fulfills the following criteria, and it’s a set of objective criteria in which it’s either yes or no. You’re not a drug user. You’re not a felon. You’re not dishonorably discharged from the military.

You check each one of those off yes or no, then the authority must issue and it’s a ‘shall or a must issue’ type situation.

Sometime it just comes down to an unwritten rule and they will find whatever reason they can to deny someone else who’s been fine in a lot of other states. This person is going to have permits in 45 other states, but they’re going to find a reason why they don’t want to let him get a permit within their state. A lot of times it’s based on the politics of the situation.