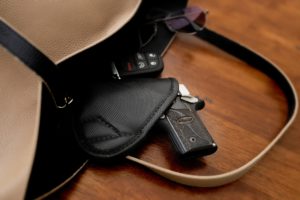 Join Adam Painchaud and stay at home mom, special agent and Master firearms instructor Christy Painchaud for tips to successfully carry off body even with a busy life. Hear what off body carry means and how it can be practical, even stylish for everyday use.

Was this training useful for you? Think about how you can use Christy’s tips in your everyday life. How do you approach off body carry? Share your thoughts below.