Concealed Carry As Seasons and Wardrobes Change When Fall comes around, I feel like I can carry more guns.

I would say that fall is probably my favorite time of the year. As it relates to firearms, one of the things that’s nice about the fall is I feel like I have more concealed carry options as the weather gets colder. 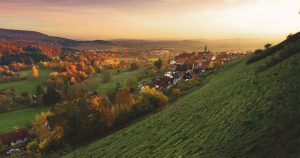 In the summer months, I’m running around off duty on the weekends and after hours. I’ve got shorts on, flip flops and a T-shirt. Out on the boat or out around town and it’s kind of limited for concealed carry. So typically in a case like that I’m wearing an appendix gun.  I have a spare magazine and flashlight tucked in a pocket somewhere. That’s really about it.

But now that it’s fall, I can get away with a lot more as far as carry goes. Now I’m wearing long pants, sweatshirts, coats, and things like that. This allows me to carry more guns. There is certainly something to be said for consistency I always carry the same gun and that stuff.

I do believe that there’s some validity to that.

However, I’m not opposed to changing up a little bit this time of year. All since I can get away with a little bit more gun under my concealment because of the cooler weather. I’m certainly going to take advantage of that.

I normally have a Glock 43 9mm tucked in my waistband. When I’m running around in my shorts, this time of year, it’s easy to do the Glock 19 even with the light on. You certainly have a couple more options.  Not to mention the ankle option which I think most of you know at this point.

There’s a high probability that I’ve got something on both ankles. That means a gun on one ankle and some spare equipment on the other. This time of year I can always have that on. Because it’s pretty rare that I’m wearing shorts up here in New Hampshire much past mid-September. It gets a little cool here as you probably know.

Most of you down in the Florida area or the southeast or wherever you are, you really don’t have to worry about that too much. This may not apply to you. It certainly gets cooler here. I  probably have stuff on so I can carry more guns. Think about that.

So, I think that’s definitely something worth considering as we get into the colder months as it relates to concealability. You can boost your carry load a little bit. That’s certainly something to think about. Not so much if you’re in Florida and it’s still 85 degrees.